An overview of Chez Lussaud

Set within 8 acres of private grounds Chez Lussaud is full to the brim with history spanning over 300 years. Today it’s two luxurious boutique gites, as well as being a place for guests to relax and recharge. Read more below.

The two gîtes at Chez Lussaud include: 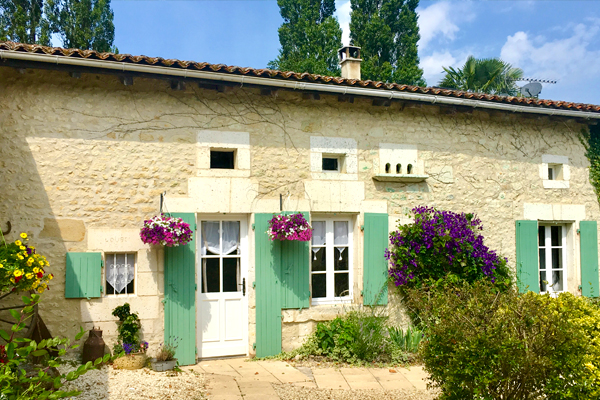 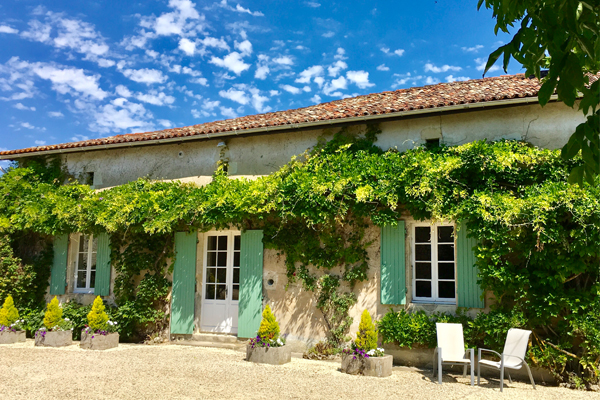 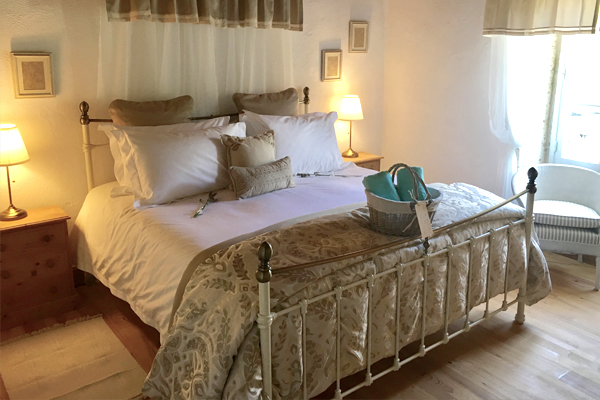 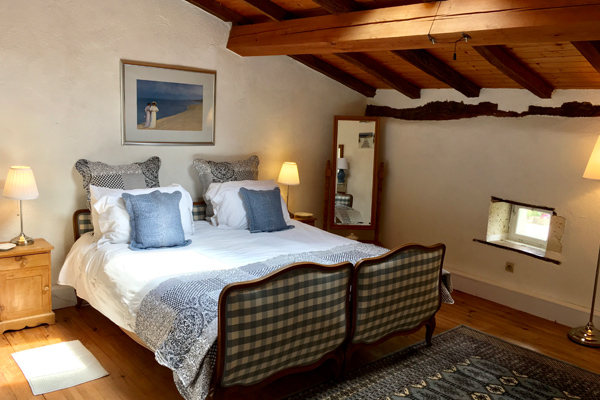 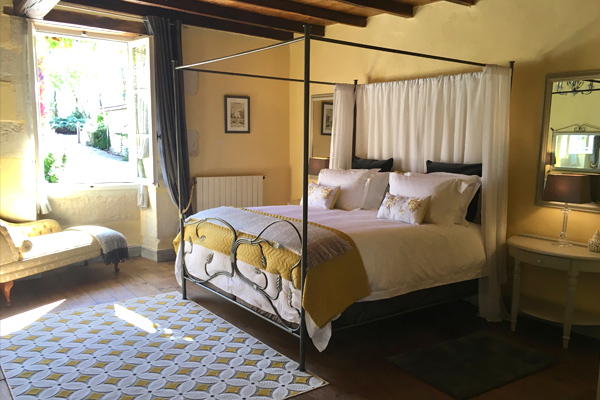 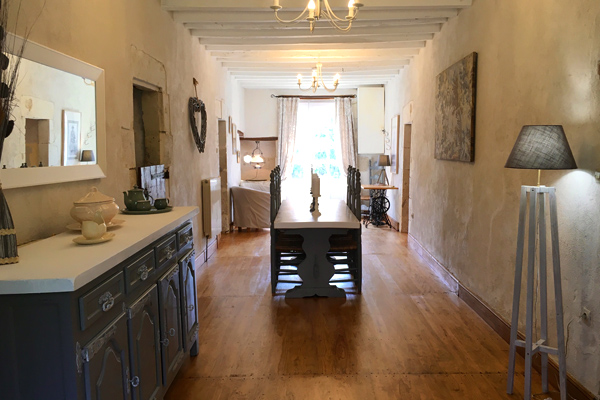 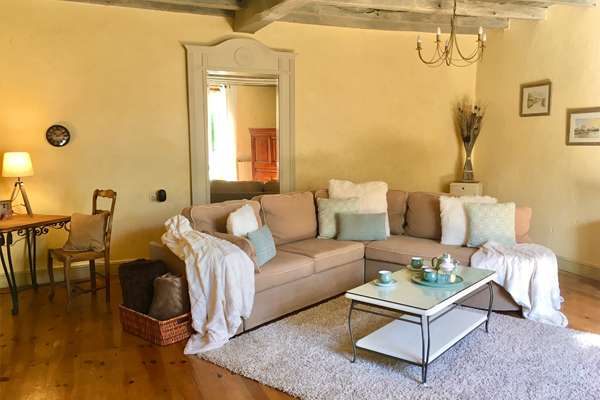 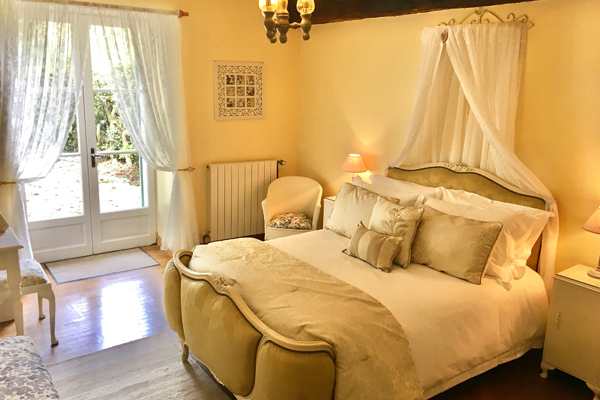 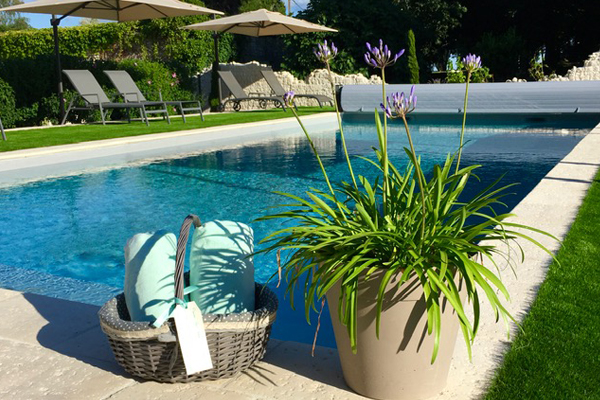 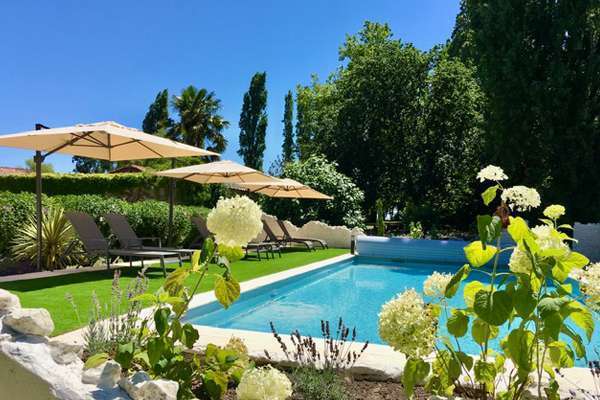 Chez Lussaud has a long and fascinating history spanning over 300 years. The farmhouse was originally constructed by carpenter Mon. Pierre Lussaud, during the reign of Louis XIV (The Sun King).

The hamlet of Lussaud grew around the farmhouse with several houses and barns for livestock, including a school house. A deep well, next to the main barn provided a secure and valuable source of water for the whole hamlet.

Within the farmhouse ‘La Maision du Charpentier’ is the grande couloir which was the original meeting place for the hamlet, where workers would gather for lunch together, and likely hosted many a celebration.

The original bread oven of the hamlet is still in full working order and one of our gites ‘La Four a Pain’ has been named after it. The bread oven is lit every June for a communal event in the village of Chatignac called Marche des Fours, where people take part in a 10km walk around the commune viewing all the ancient ovens. At lunchtime everyone meets at the salle des fetes for a large communal meal and get together. Large hams, bread and apple tarts are just a sample of the food cooked that day.

Over the centuries Chez Lussaud and its buildings have been modified as fortunes fluctuated and the property changed hands. Piggeries, cattle barns and food stores have been transformed into rooms which now make up the character and beauty of Chez Lussaud.

Wander around the 8 acres and you will see many signs of Chez Lussaud’s varied past, from old apple stores, wash stones, 3 original stone sinks and also a stone formation for keeping dairy and meat cool… your original fridge! Experience the charm of Chez Lussaud for yourself. 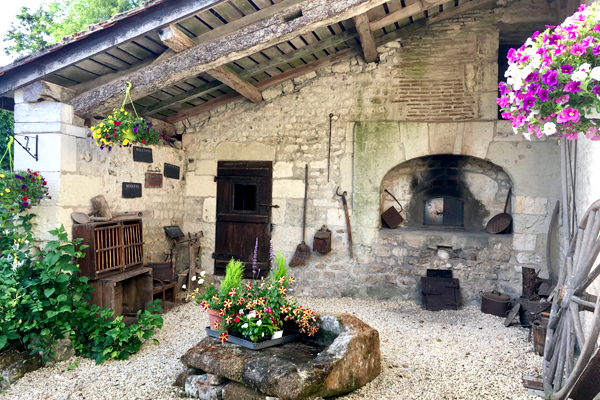 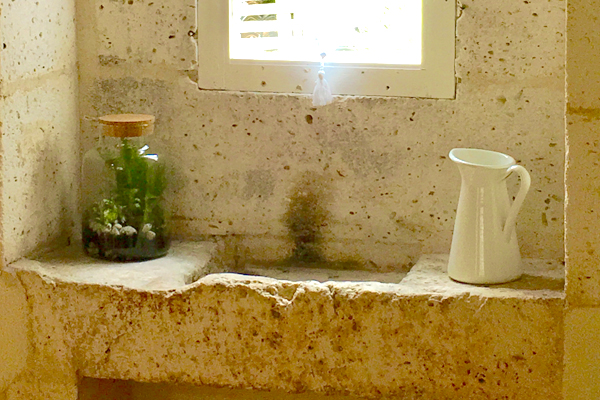 Chez Lussaud sound perfect to you?

What our guests say…

Read more of our guest reviews

“Mark and Meg are incredibly gracious hosts and went above and beyond several times to make our stay an excellent experience…. Everything is top quality and the wood-fired hot tub is a dream. We will be back!” Eleanor & Family – October 2020

We use cookies on our website to give you the most relevant experience by remembering your preferences and repeat visits. By clicking “Accept”, you consent to the use of ALL the cookies.
Cookie settingsACCEPT
Manage consent

This website uses cookies to improve your experience while you navigate through the website. Out of these, the cookies that are categorized as necessary are stored on your browser as they are essential for the working of basic functionalities of the website. We also use third-party cookies that help us analyze and understand how you use this website. These cookies will be stored in your browser only with your consent. You also have the option to opt-out of these cookies. But opting out of some of these cookies may affect your browsing experience.
Necessary Always Enabled
Necessary cookies are absolutely essential for the website to function properly. These cookies ensure basic functionalities and security features of the website, anonymously.
Functional
Functional cookies help to perform certain functionalities like sharing the content of the website on social media platforms, collect feedbacks, and other third-party features.
Performance
Performance cookies are used to understand and analyze the key performance indexes of the website which helps in delivering a better user experience for the visitors.
Analytics
Analytical cookies are used to understand how visitors interact with the website. These cookies help provide information on metrics the number of visitors, bounce rate, traffic source, etc.
Advertisement
Advertisement cookies are used to provide visitors with relevant ads and marketing campaigns. These cookies track visitors across websites and collect information to provide customized ads.
Others
Other uncategorized cookies are those that are being analyzed and have not been classified into a category as yet.
SAVE & ACCEPT